Cheap mirror-positioning galvanometers were obtained on eBay. Two of these were used, one each for the horizontal and vertical axes. To keep the driver circuitry to a minimum, I used a computer sound card to drive the mirrors. Thus, only a small op-amp circuit was required to get appropriate voltage and current to the galvanometers. A red laser diode module from Radioshack was used as the laser source.

Due to the small, heavy, cheap mirror galvanometers, the system isn't able to move the mirrors faster than about 150 Hz, so it's not possible to draw extremely complex images (because the persistence of human vision isn't long enough to see a unified image). H owever, putting a triangle wave on one mirror and music on the other produces a very cool effect.

NCH ToneGenerator was invaluable for testing and driving this system. 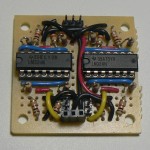 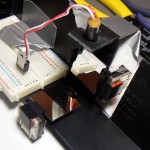 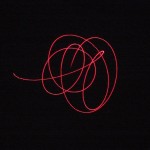 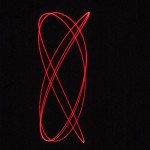 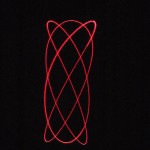 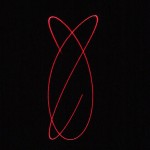